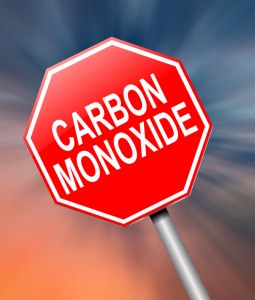 Warm winter greetings to you for good health and happiness.

In this season of joyfulness with family and loved ones, I have been so sad to read that eight people died from carbon monoxide poisoning as a result of the severe ice storm that hit parts of the U.S. and Canada in December. Then in February, one person died and many were injured by carbon monoxide poisoning in a restaurant in Huntington Station, in Long Island, New York. Still more people were injured in a time-share resort in Ogunquit, Maine. We don’t even know how many others this winter may have fallen ill or been injured from carbon monoxide poisoning, potentially suffering brain injuries that will change their lives and their families’ lives forever.

It breaks my heart because I know that most incidences of carbon monoxide (CO) poisoning could be avoided if people only had CO detectors. Then, even if generators, heating systems, or other machines are misused or fail to operate or vent properly, people could be warned of the danger of CO in the air they’re breathing.

The appendix of my book is a brief primer on CO poisoning–what it is, where it comes from, and how to avoid it. I’m presenting the appendix here in the hope that you will read it thoroughly, share it with everyone you know (you can use the links below), and please, take the message to heart that we can save lives–and beings–by preventing CO poisoning.
Thank you for sharing this important information and for protecting yourself and others.

A Normal Life: A Sister’s Odyssey Through Brain Injury

Carbon monoxide exposure sends an estimated 15,000 Americans to emergency departments each year, and causes 500 unintentional deaths, and this is likely an undercount. CO poisoning remains the leading cause of poisoning deaths in the U.S.

CO emissions are produced whenever a fuel, such as propane or natural gas, oil, kerosene, coal, wood, or charcoal, is burned. CO levels can become hazardous when the fuel-burning source is not functioning correctly, used correctly, or vented correctly.

At low levels of exposure, CO causes symptoms such as headache, dizziness, fatigue, and nausea, which might at first be mistaken for the flu. But beware. If symptoms get worse (confusion, drowsiness, chest pains, fast breathing or heart beats, vision problems) or more than one person in the same area has similar symptoms, get outside in fresh air immediately and get medical attention. Don’t ignore the symptoms and go to bed. Continued exposure to CO can cause loss of consciousness and death.

The critical point is that CO poisoning is almost entirely preventable. The first line of defense against CO is to make sure that all fuel-burning appliances are correctly installed, operated properly, and cleaned and maintained regularly. Annually, before cold weather sets in, home heating systems, including chimneys and flues, should be inspected and cleaned by a qualified technician. Make sure vents aren’t blocked or leaking. All appliances that burn fuel and their mechanical and electrical components and thermostat controls should be checked, too. Never run internal combustion engines or fuel-burning space heaters, generators, or barbecue grills indoors or in enclosed areas. And still, appliances deteriorate with time and problems can occur anytime, anywhere, and without your knowledge.

The surest safety measure is to put a CO detector in your home and take one with you when you travel. Unlike odorized propane, smoke, or fire, you cannot smell, see, or taste CO, and it doesn’t cause skin or eye irritation. Without the aid of a CO detector, it’s nearly impossible to know if CO is present at harmful levels until you start to feel sick or worse. CO detectors measure CO in the air and sound an alarm before dangerous levels of CO accumulate. In small amounts, CO can hurt you slowly over time; at higher amounts it can have deadly effects within hours or minutes. Some people never experience symptoms, they just go to sleep and never wake up.

At a minimum, install a CO detector in or near sleeping areas. Better still, put one on each floor or end of your home. Electric CO detectors can be hardwired or plugged in and have a battery back-up that kicks in if the electricity goes out. I recommend having at least one CO detector that runs solely on battery power. Mine fits nicely on my nightstand and I never take a trip without putting my CO detector in my bag.

A CO detector costs between $20 and $50 and should usually be replaced every five years or according to the instructions.

Don’t think it can’t happen to you; a carbon monoxide detector can save lives and beings.

This site uses Akismet to reduce spam. Learn how your comment data is processed. 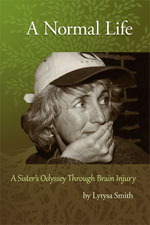